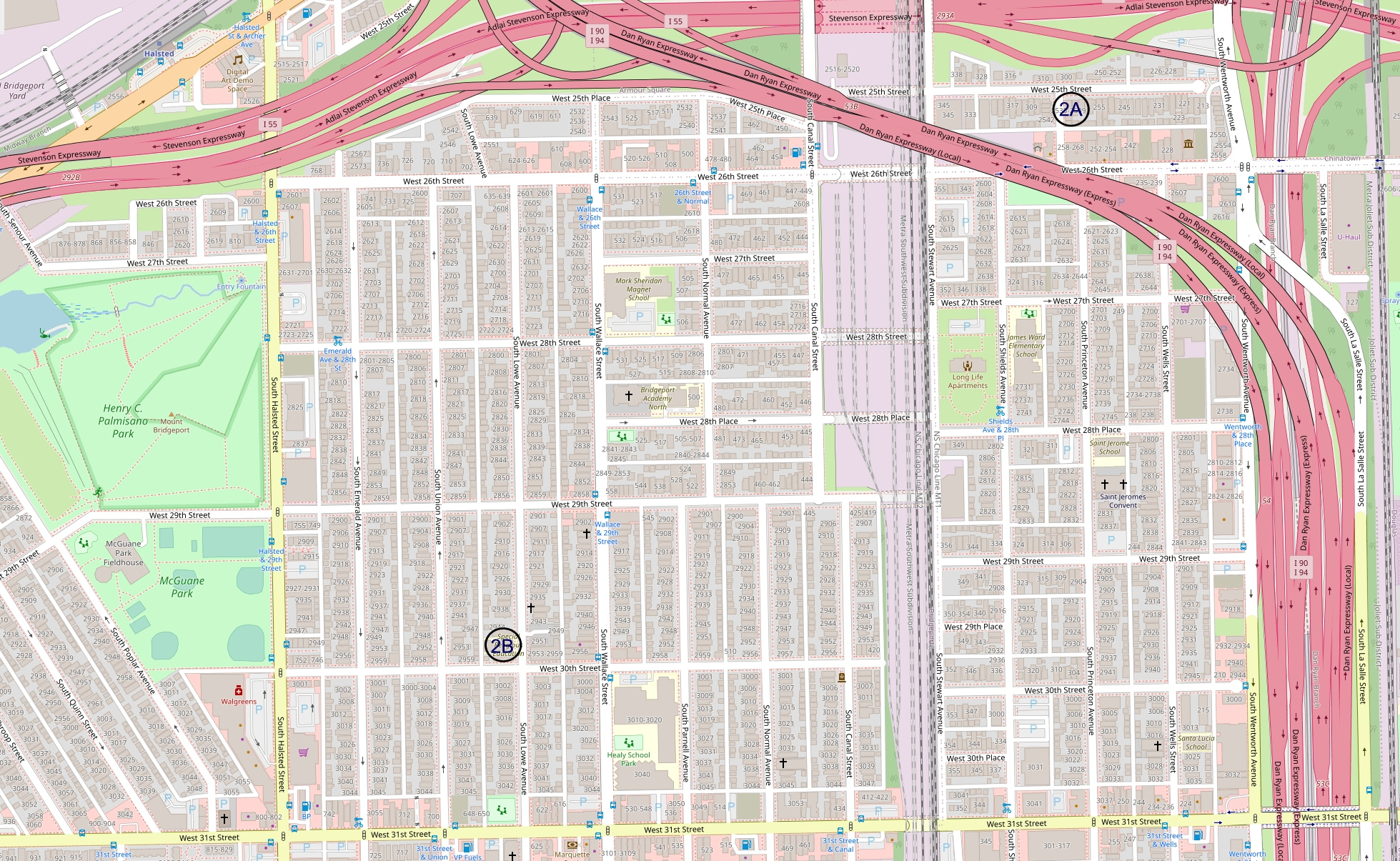 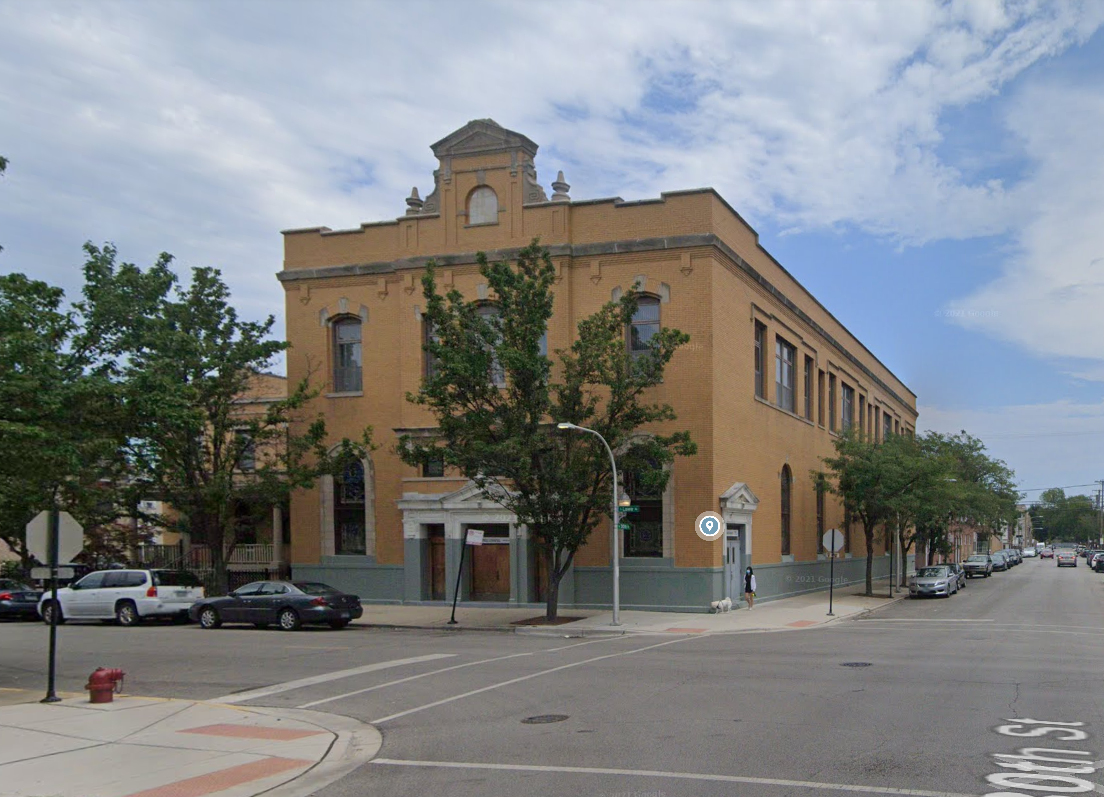 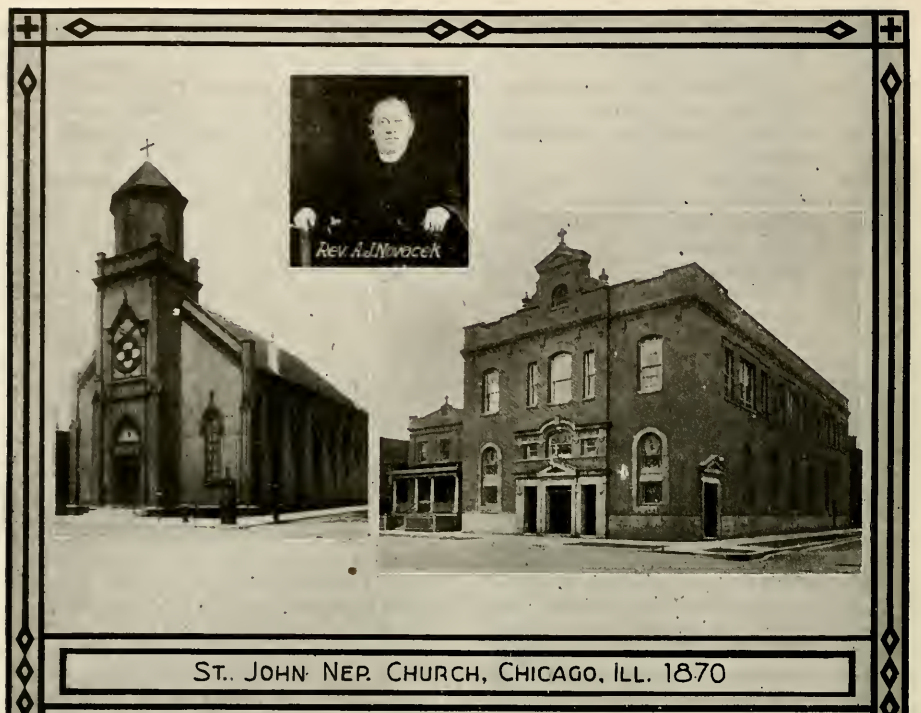 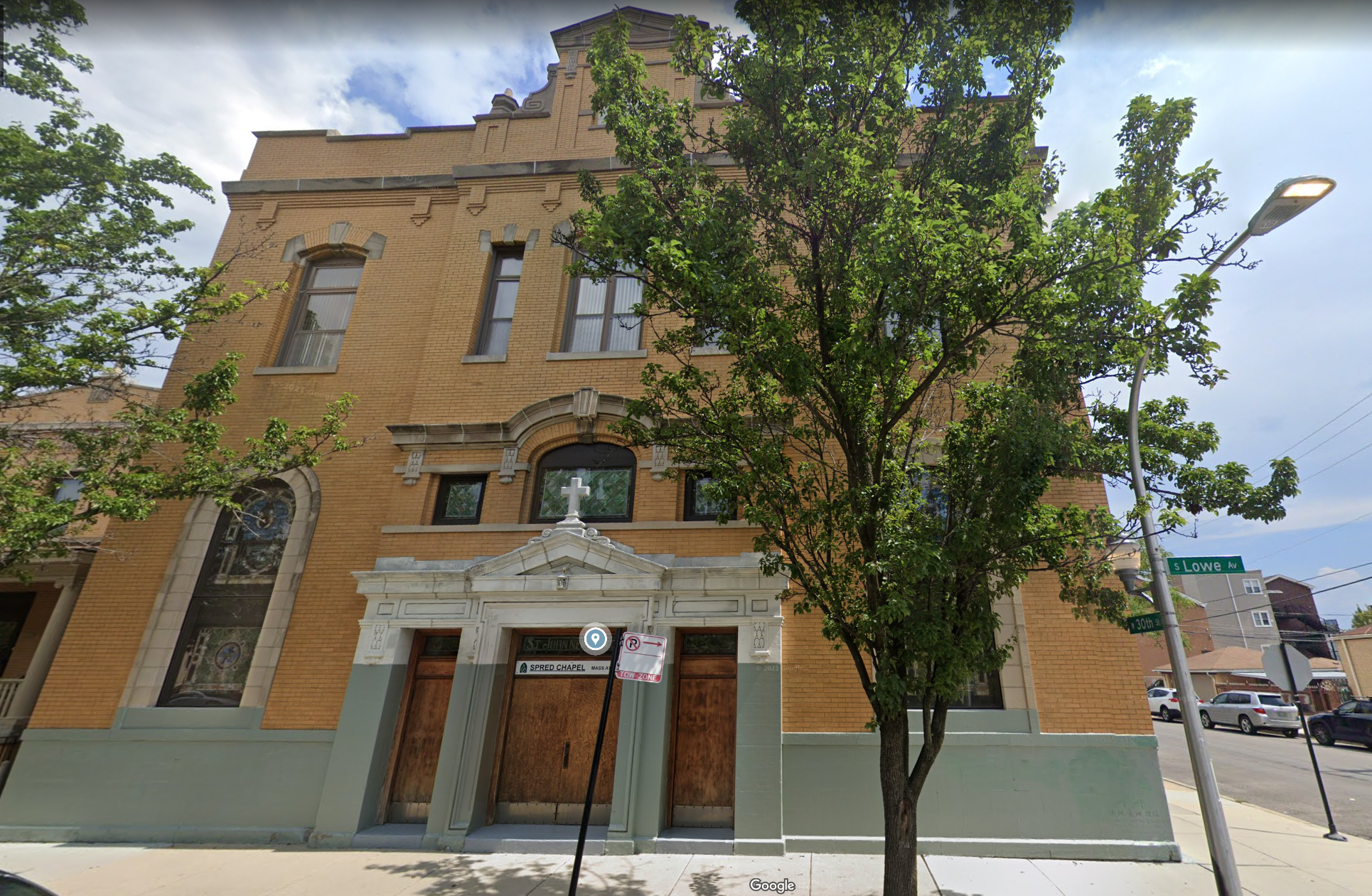 Excerpt from: Diamond Jubilee of the Archdiocese of Chicago 1920

"In February, 1870 when the population of Bohemian Catholics seemed to be strong enough to start a parish for themselves, on the advice and with the help of Rev. Jos. Molitor, pastor of St. Wenceslaus church, they bought four lots on 25th Street and Portland (now Princeton) avenue and the same year they decided to build a frame church 50 ft. by 115. ft.  In the year 1871, it was completed and in the fall, Rev. W. Choka came from Moravia, and was appointed pastor.  As there was not rectory yet, he rented a house until 1873, when combination building, rectory and school was built.  The prospects of the parish were excellent and promised to be one of the largest parishes in the city.  This however, was of short duration.  The Chicago Fire, October 8, 1871 frustrated the progress of the new parish.  The city in 1872 passed an ordinance that in this district, as in others, no more frame buildings were permitted to be erected.  The people not being in a position to build brick or stone houses, began to move away, and likewise immigration stopped.  In 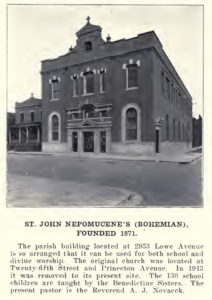 1876 the pastor, Rev. W. Choka, was appoint to organize St. Procopius parish.  Very hard times came for the new parish.  The heavy debts, $14,000 on the property, no other help coming and no permanent priest, it seemed the parish would cease to exist.  The successors, Rev. P. Hofman and Rev. George Weiling stayed only a short time.

In 1877, Rev. Father Bobal, having applied to the diocese was appointed pastor of this forsaken parish.  With his coming a new life came in the congregation.  All debts were paid and new improvements were made.  It seemed gradually to be gaining strength, but after some years, reverses came.  In January, 1908, Rev. A.J. Novacek(born in Bohemia, April, 1866) was appointed to take charge of the parish.  It was not the time to decide either to build a new church on the same premises, or as majority of the members desired, to select a new site, more convenient to all Bohemians in that district.

After five years hard and troublesome work, a new site, the present, was bought and there a combination brick building church, school and convent, with a rectory next to it was erected in 1913.  In the spring of 1914 it was blessed by Rt. Rev. P. Rhode, D.D.  The value of the property, now is $80,000, all paid and a handsome amount of money on hand for future improvements.  Sodallities: First Bohemian Roman Catholic Central Union of men and Boys; The Bohemian Roman Catholic Central Union of Women and Firls, Catholic Order of Foresters of Men, W.C.O.F., st. Mary's Society, altar Society of Men and Women, Holy Name Society; Dramatic Club K.I. Erben.