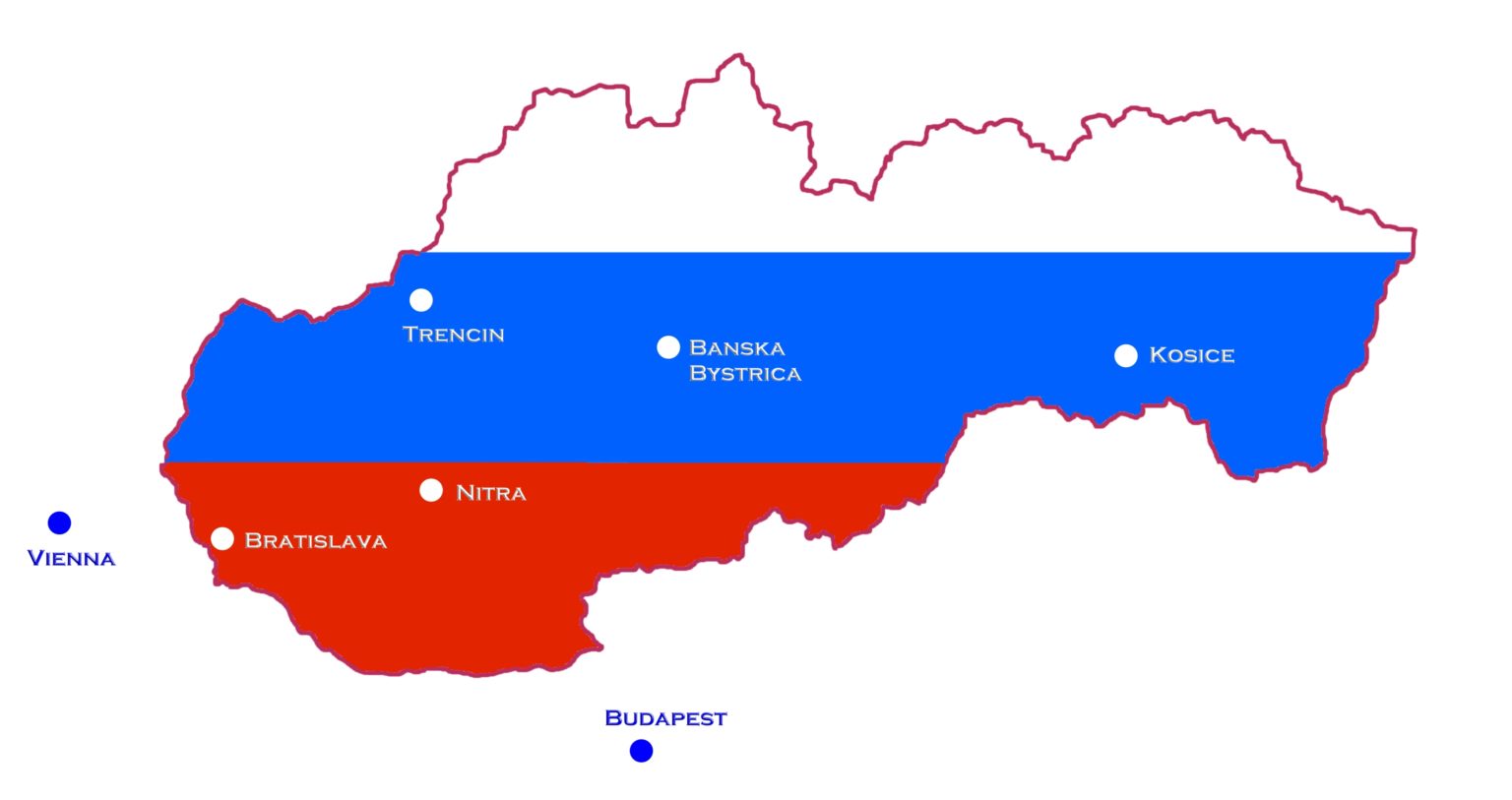 NOTE: Name variations - The official name for Slovakia is the Slovak Republic.  That said, the name Slovakia currently appears under more references, old and new.

Common online references, such as Wikipedia and Britannica, list the Slovak Republic as having a population of roughly 5.4 million people, and a land area of approximately 19,000 square miles.  As a comparison, the state of Illinois has a population of approximately 12 million people, and an area, including water areas, of nearly 59,000 square miles.

Both the Slovak Republic and Illinois are essentially landlocked, but Slovakia has a deep water river access on its southwestern border, the Danube River.  (connects to the Rhine and has access to several major ports of Western Europe.) Illinois borders the Great Lake Michigan, has an interior major transportation river, the Illinois, and borders two of the USA's major rivers, the Mississippi and the Ohio.

Before the economic downturn of COVID, in 2020, it was estimated that tourism was contributing approximately $3 Billion. (C) (Image "man at work", story told by many travel guides while visiting Bratislava - image by this writer)

The United States Department of State provides a summary of the interactions between the USA and the Slovak Republic. "The United States established diplomatic relations with Slovakia in 1993, and provided assistance to support the rebuilding of a healthy democracy and market economy. The United States and Slovakia have strong diplomatic ties and cooperate in the military and law enforcement areas. Slovakia has been a close North Atlantic Treaty Organization (NATO) Ally since it joined the Alliance in 2004. The two countries have a mutual commitment to freedom and human rights. Slovakia has shared its experience in democratic transition with emerging democracies around the world and has been a role model for other countries on the path to Transatlantic integration." (US)

You can sort through, pick and choose your own online or resource book references which summarize the history of the Slavs and Slovakia. Most  closely agree that someone inhabited the current area of Slovakia several thousand years ago, they also appear to  agree that  Slavs appear between the fourth and sixth centuries AD.

That said, over the course of all that time the Slavs were not masters of their own lands.  Tribes and empires moved through, conquered, settled the region and were then displaced by another tribe or empire.  The group that had control over the area of Slovakia were the Magyars.

Credit is given to the area around Nitra as having the beginning of Slovak control over adjacent areas, but never masters of the region.

When the area of Slovakia became part of the Austria Hungarian empire is when the story of Slovaks migrating to the USA really begins.  During the revolutionary times of 1848 in Europe, there was a movement to secure greater independence for the Slovaks.  That eventually failed and many of those that lost sought refuge someplace else.  Kossuth, one of the more mentioned of the leaders of the failed attempt, and many of his followers would leave.  The United States even sent a ship to help some of those refugees flee the region.  One of the early Slovak settlers to the Chicago area, Geza Milohatzy, was among them.  He fled to Britain, and shortly after that arrived in Chicago.

When World War One ended, Slovakia was part of the newly created nation of Czechoslovakia.  During World War Two the Nazis made Slovakia a political unit within their wartime organization of controlled territories.  Slovak soldiers were involved in combat during World War Two against the Allied Nations (Russia).  It seems that this is still remembered by people and nations of the region.

Slovakia finally became an independent nation of Europe in 1992.

Below is one online location with a short summary of Slovakia. (PDF format for download)