St. Michael the Archangel Church at 48th and Damen ave. was the first Slovak parish founded in Chicago.  In 1898, Rev. Benjamin Rajcany, pastor of St. John the Baptist Church in Whiting, Ind., celebrated Mass for a small group of Slovaks who had settled west of the Union Stock Yards on the south side of Chicago.

Rev. Anthony Brunkala took chrge of this mission from December 1898 until April 1900, when he was succeeded by Rev. Emmanuel Zdenek.  The first parish church was a frame building at 4920 S. Paulina St.  The slovak parish of St. Michael the Archangel was organized within the boundaries of St. Rose of Lima Church, which was then located at the corner of 48th and Ashland ave. 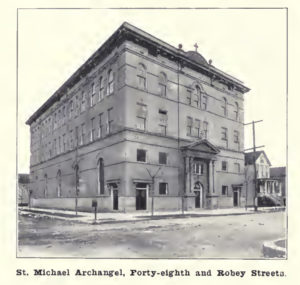 In order to remedy the financial and administrative problems which had hampered the growth of the parish, Archbishop Quigley entrusted St. Michael the Archangel Church to the care of St. Procopius Abbey.  In 1905 the Bohemian Benedictine Fathers assigned Rev. Barholomew Kvited, OSB, former pastor of St. Vitus Church at 18th pl. and Paulina st., to care for the Slovak Colony in the area.

Under Father Kvitek's leadership, the present church of St. Michael the Archangel was built at the northeast corner of 48th and Damen ave.  The building, which contained church quarters as well as 12 classrooms, was dedicated on June 13, 1909 by Archbishop Quigley.

Since its opening in the fall of 1909, the parish school has been under the direction of the Benedictine Sisters of Our lady of Sorrows convent. 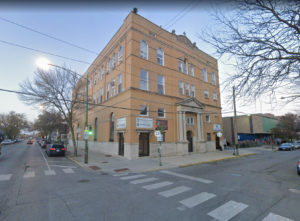 Father Kvitek was succeeded in 1914 by Rev. Thomas Vopatek, OSB, who remained in charge for six months.  On Jan. 14, 1915, Rev. Gregory Vaniscak, a Slovak born priest was appointed pastor of St. Michael the Archangel Church.  The parish blossomed under the leadership of this priest, who shared the same faith and nationalist sentiments as his parishioners.

Rev. Charles Florek, OSB, was appointed pastor in 1928.  He had been born in Budapest n 1896 and emigrated to the United States with his Slovak parents in 1904.  He grew up in St. Michael the Archangel parish to which he returned as an assistant after his ordination in 1922.

Father Florek spent most of his life in the parish of his youth; he served as pastor of St. Michael the Archangel Church until 1957, when he resigned because of ill health.  At the time of his death on Dec. 29, 1964, Father Florek was in residence at St. Andrew Abbey in Cleveland, Ohio. (Father Florek https://www.findagrave.com/memorial/162452701/charles-j-florek) 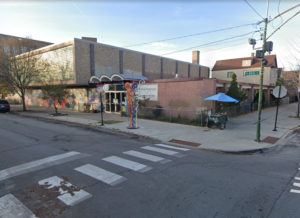 In 1957, St. Procopius Abbey ceded St. Michael the Archangel Church to the Archdiocese of Chicago which in turn entrusted the parish to the care of the Benedectine Fathers of St. Andrew Abbey.  Rev. Armand E. Gress, OSB had been pastor since June 1957.  he came to Chicago from Cleveland, Ohio, where he had been pastor of St. Andrew Church.

With the generous support of his parishioners, Father Gress was able to finance the construction of a social center.  Ground was broken on Aug. 20, 1961 at the northwest corner of 48th and Wincester.  The building, designed by the architectural firm of Pavlecic and Kovacevic, was dedicated on May 5, 1963. 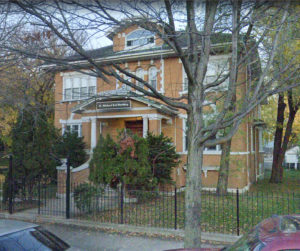 In addition to the school buildings and parish center the parish complex includes the rector at 4821 S. Damen Ave. and the convent at 1949 W. 48th st. 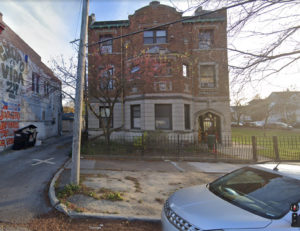 Today, St. Michel the Archangel parish serves Slovak Catholics who live in the area bounded by 39th st. (Pershing rd.) on the north; 67th st. on the south; Kedzie ave. between 39th and 49th st. and Western ave. between 49th and 67th st. on the west; and Racine ave. on the east.

Rev. Louis Hudak, OSB serves as associate pastor of this parish.  Four Benedictine Sisters and six lay teachers staff the grammar school, which has an annual enrollment of nearly 300 students.

St. Michael the Archangel Church works closely with the Back of the Yards Neighborhood Council, of which Father Gress is vice president.  Active parish organizations include the Young Men's Club, which observed its 50th anniversary in October 1975.  Also the Holy Nme Society, the Young Ladies' Club, Senior Citizens Club, School Board, Mother's club of St. Michael school, Rosarry Sodality, Music Association and a scouting program. 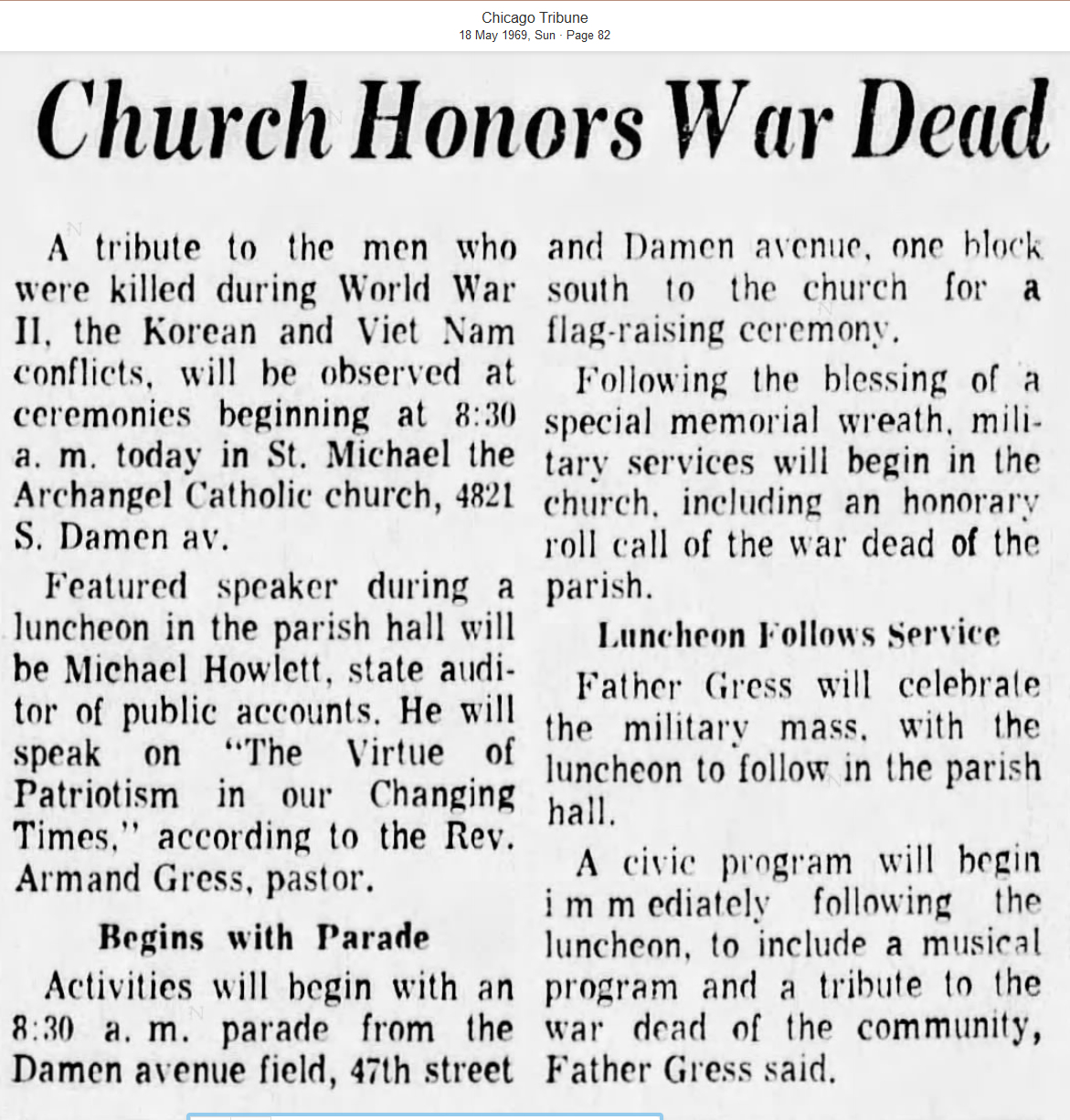 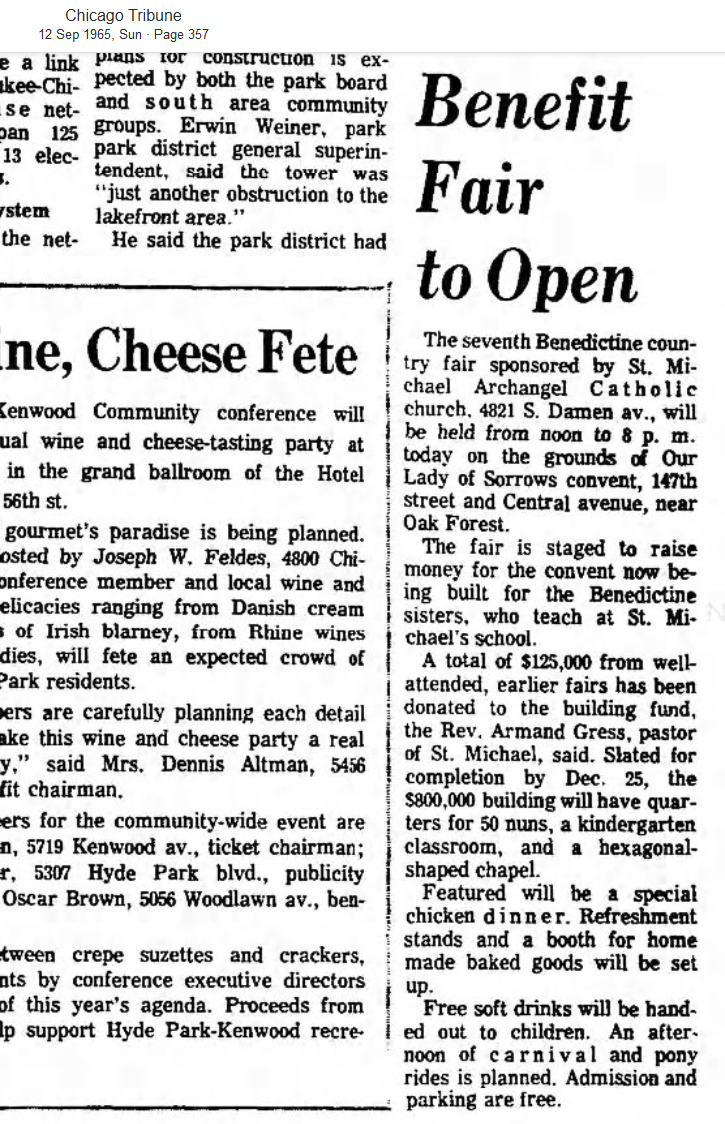 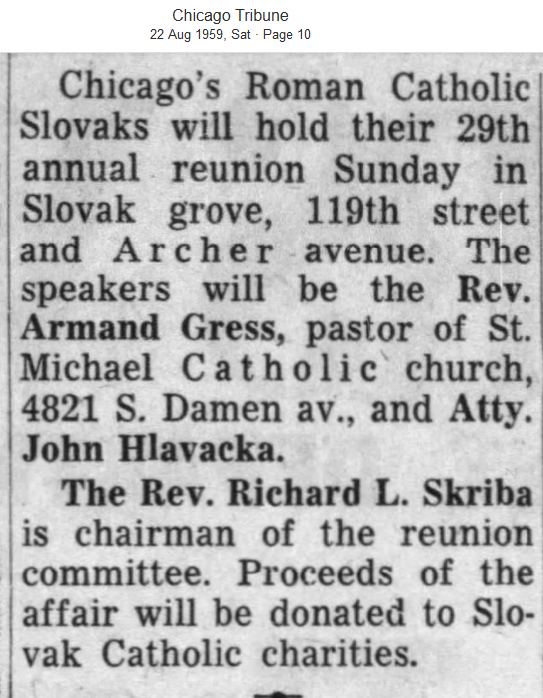 The Parish of St. Milichael Archangel was founded by the Slovak Catholic Society in 1898 by the sanction of Archbishop Quigley and the aid of the First Catholic Slovak Union. The first services for this new parish were rendered by Rev. Benjamin Rajcana, who attended this mission from his parish in Whiting, Indiana. He was succeeded on December 1, 1898, by Rev. Anthony Brunkala. Rev. Emanuel Zdenek took charge of the growing mission on April 1, 1900.

In the same year a permanent pastor, in the person of Rev. S. Pavalik was appointed. The burden of conducting this mission was entrusted to the Benedictines, in January, 1905, and a member of this Order, Rev. Bartholome Kvitek, was selected to take charge of and organize the parish on a solid foundation.

For the nine years of his rectorship Rev. Bartholome Kvitek was very active in gathering together the scattered members of his flock, and devoted the energy of the best years of his life to making his parish the largest and most flourishiug Slovak parish in the United States. His zeal was amply rewarded, and he was griven the pleasure to see the fniits of his labor in the form of a beautiful church and sehool on the corner of 48th and Robey Streets. Rev. Thos. Vopatek, former rector of St. Procopius College at Lisle, was appointed successor to Rev. Bartholome Kvitek, and became pastor of St. Michael's on June 21, 1914.

The present pastor, Rev. G. K. Vaniscak, 0. S. B.. the first Slovak priest to be brought up by the Benedictines of Lisle, took charge of the parish on January 24, 1915. The growing St. Michael's Parish found an able champion for the cause of their faith and nationality in the person of the untiring pastor. The first building in which services were held for the beginning of St. Michael's Mission was a frame building at 4920 S. Paulina Street.

Under Rev. Zdenek the lots located on 48th and Winchester were bought on May 27, 1900. The same year saw the blessing of the corner stone of the church on November 21. The building was completed in a year and a half, and on May 11. 1902, the ceremonies of the blessing of the church were performed by Archbishop James Edward Quigley. In the years 1907-8 additional lots were bought on 48th and Robey Streets, and the comer stone for the present combination building of church and school was laid on the 6th of September, 1908.

St. Michael's school had its beginning in the basement of the old church, during the rectorship of Rev. St. Pavolcik, 1902. The first teacher was the organist, Mr. Thomas Griglak. Eighty-two pupils attended the school for the first year. Later, in 1909, the larger school was opened for the fall term, when Rev. Bortholome Kvitek, 0. S. B., was pastor. The Benedictine Sistens were given charge of the school.It has twelve large class rooms, with a regular 8th grade course, and a capacity of 1,175 children.

There are numerous societies and branches of the various organizations represented in St. Michael's Parish. The First C'atholic Slovak Union has ten branches: The Catholic Sokols, five branches: the Roman and Greek Catholic Union, two; the First National. Catholic Society ; the Slovak League of America, the Catholic Order of Foresters, Holy Name and Apostleship of Prayer, and the Living Rosary.  The parish is largely represented in the Knights of Columbus.

The building and Loan Association of the parish, "Dunaj," is one of the foremost in the city. St. Gregory's Choir chants for the services. The Altar Boys' Choir assists at the chanting of Vespers on Sundays. The Dramatic Club, "Bratislava," presents a selection of plays yearly. (1)

St. Michael the Archangel School closed at the end of the 2018 school year. (SC)

"3 Back Of The Yards Churches Will become 1 Parish As Archdiocese Announces Clousures" - Holy Cross / Immaculate Hear of Mary, St. Joseph and St. Michael the Archangel will merge into one parish by July.  Immaculate Heart of Mary will stop holding regular services.  St. Joseph will become the designated parish church, 1723 W. 48th St. (BY)

In 2020 The Archdiocese of Chicago issued a statement which described the closing and consolidation of the three parishes. An Excerpt - "Today the three parishes serve a community of predominately Hispanic origins. Mass iscelebrated regularly in Spanish, Polish, or bilingually, at St. Joseph Church, and in Spanish, English, or bilingually at St. Michael the Archangel Church, Holy Cross Church, and ImmaculateHeart of Mary Church. Due to changes in neighborhood demographics, the Slovak andLithuanian missions no longer exist.

The proposal is supported by the data and arguments mentioned herein or attached to this decree. The three parishes have long served a population of mostly Spanish-speaking faithful. The reasons for the founding of St. Michael the Archangel (Slovak) Parish and the HolyCross (Lithuanian) progenitor of Holy Cross-Immaculate Heart of Mary Parish ceased decades ago due to demographic changes in the neighborhood. Likewise, St. Joseph Parish ceasedbeing a personal parish for faithful of Polish descent when it became the neighborhood's territorial parish in 1990." (AD)